Question: What happens when a people overtime spiritually drift away from the presence of God and find themselves as a people in a  zone of unfaithfulness? 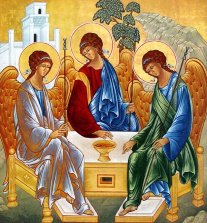 We were made by God in his image.  In Genesis 1:26 we read that God said “Let us make human beings in our image.” God’s image as the Trinity is both social and holy in perfect harmony, unity, and purity.  Social holiness is all about being “in the zone,” in close proximity to and in frequent, sustained, interpersonal contact with God.  In the Book of Jeremiah (13:1-22) we read a story about the importance of remaining in the zone, in the sphere of influence. It reminds us of something Jesus said to his disciples when he shared with them the Last Supper. He directed them to remain in him if they were to bear fruit (Jn. 15:5).

In Jeremiah’s story God likens the people of Israel and Judah to the linen belt that God directed Jeremiah to wear around his waist. The belt was not to touch water. Jeremiah obeyed, put it around his waist, and wore it. Then God told him to take off the belt and put it down in the crevice of a rock, submerging it in the damp bank of the river. Though that may have seemed strange, Jeremiah obeyed. Later God told him to retrieve the belt and he did. When Jeremiah found the belt, it was “ruined and completely useless.” Over time, in the wrong place, under the wrong conditions, it had rotted.

Like Jeremiah’s belt, God’s people put themselves in the wrong place for a long time. They turned away, distanced themselves from God, and fell into idolatry. Like the belt, they were ruined. God had bound them to himself. They were to cling to him. Intimacy as a people with God was to be their first priority. The core principle was to keep their hearts in proximity to God’s heart, but they distanced themselves from God and pursued other gods. By their disobedience, they failed to stay in the most important zone, the company of God. Instead, as a people they chose the toxic company of pseudo-gods and over time drifted from obedient faith and faithfulness into another zone of disobedience and and unfaithfulness.  Sad but true.

Jesus made it clear.  Remaining in the company of God, brings out the very best in us. “If you remain in me and I remain in you, you will bear much fruit.” (John 15:5).

Questions:  Is that where you find yourself, members of your family, or friends?  If not, then what’s to be done to get back in the zone of God’s presence?