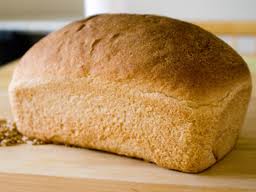 When Jesus said, “I am the bread of life” he meant the whole loaf, not just half of one. Today the body of Christ in America looks more and more like half a loaf.

The Barna Group is a market research firm specializing in the study of religious beliefs and behavior of Americans.  In 2011, they completed a study of 15,000 Americans that brings to light one of the most compelling pictures of contemporary Christianity beyond what one might imagine.   Their results are so astonishing, we have to ask, “What happened to the whole gospel?”

The Barna Group researchers clustered their findings along a continuum of ten groups or what they call “Ten Transformational Stops” along the journey with the percentage of the national sample that falls into each of the ten stops or categories.  The ten categories and their percentages include:

Notice how the major activity falls between categories 3 through 5. At stop 5, the church is only half a loaf.   After 5, the percentages drop precipitously.  Another way to say this is that 89% of the persons surveyed are accounted for in the first five “stops” (1-5) and only 11% go on to be represented in one of the upper 5 categories (6-10).

The movement beyond step 5 and onward to 10 reflects spiritual progress toward spiritual formation, maturity, holiness, and empowered service to the glory of God.  Christians having been justified by grace through faith seem to stop there and get busy in religious activities with little to show beyond that.  It is a kind of bus stop religion:  get saved, wait around for the glory bus to heaven, and in the mean time do a little good.  As you can see steps 3 to 5 seem to be saying “You’re a sinner.  You need a Savior. Pray this prayer and you’re good to go.  Now get busy in the activities of the church.”(J.D. Walt, 2015)*

The overwhelming majority of American Christians are living out only a half gospel.  It
would seem that for many the work of evangelism only brings people to a redemptive point of salvation from sin and fails to take them any further other than keeping them busy in religious activities.  The data shouts that very few go on to do serious discipleship work of restoration to the Imago Dei and holiness.  It is no surprise that the majority Christians remain immature, babes in Christ, drifting either into a state of being nominal Christians, or of a dissipation of their faith, or both.  The alternative is to embrace forms of evangelism that continue to establish people in the Kingdom, and to facilitate an intentional life of discipleship leading to holiness, purity of heart, and fidelity to the Great Commandment and Great Commission.

The faith communities that identify with the saving work from sin offered by Jesus Christ need to get on with the second half of salvation, salvation to the restoration of the Image of God in every believer, holiness after the likeness of Christ. May the findings of the Barna Group become so well known and compelling that they fan the flames of passion for a Great Awakening.  We are over due for a national repentance by Christians who are leading lives that fall short of God’s best and the sanctifying and glorifying grace that God intends for all who confess that Jesus is Lord.

*J.D. Walt, “The Whole Gospel:  Getting on with the second half of salvation,”
Seedbed Sower’s Almanac and Seed Catalog, 2015.